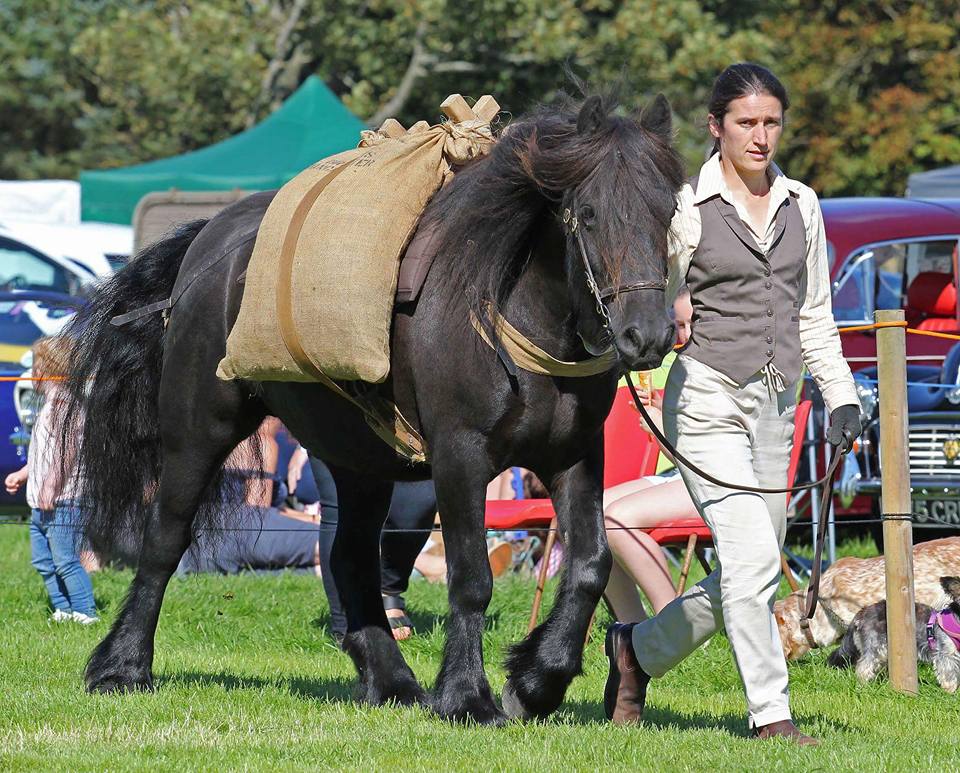 Delighted to announce that we have the Fell Pony Society’s official Display Team as one of the main attractions at the 2019 Show.  The team will perform a musical ride and a pageant showcasing the history and versatility of our local heritage breed, the Fell pony.

Their “Introduction to the Fell Pony – then and now” pageant is a freestyle display with background music, which they have been performing since 2015 when first invited to promote the Fell pony in the Main Arena at Lowther Show. They have 8+ costumed riders who have fun showing off their ponies while the commentary covers the history of ponies in Cumbria from prehistoric times: packponies, farming and Border Reivers; and talks about what Fell ponies get up to today, such as Pony Club Games, endurance rides, drag hunts, carriage driving and all-round family fun.

The Musical Ride, which was started in 2018, is a series of precision moves to music, with the Fell ponies matching (we hope!) stride for stride. The Riders wear turquoise and black.

Although the make-up of the two teams varies year on year there is a central core of riders who have been with us five years, particularly Christine Robinson and the Ellis and Brunskill families and friends who, when not riding, provide important backstage help.

In October 2018 members of the Team displayed Christine Robinson’s pony Kerbeck Night Whisper at the Horse of the Year Show, where she proved a huge hit with the visiting public including “Doc Martin” actor Martin Clunes. People were even photographed queueing outside the empty stable during Whisper’s mid-day “munch breaks”. When off duty she was stabled next to Carl Hester’s dressage star Uthopia who seemed very taken with his black hairy neighbour.

In 2015, 135 Fell ponies formed a Guard of Honour at Windsor Castle to celebrate HM The Queen’s 90th Birthday.